A couple of months ago, I was running out of meds, I couldn’t get myself to get in the car and drive ten blocks, so I put a timer on my mind: deadline is on Sunday; not a smart choice – by the way – because there aren’t so many pharmacies opened on Sundays in this city; they take shifts. So, on Saturday, I called a big one, a CVS kind of pharmacy, and I asked: “Will you be opened tomorrow?” They said, “yes.”

On Sunday, off I went! When I arrived, there were probably six people behind a large counter; one was talking to a customer and, among the rest: one was doing her nails, one was swiping on her phone, another one was chasing a Pokemon, and… you get the idea. There were also around ten customers, just browsing, so I didn’t have to wait for a turn.

And the Pokemon lady yelled, “No! YOU have told us you were going to get a PSYCHOTROPIC!” …, and all the faces in the room…. turned on ME. And I… kept it cool… I smiled and said, “If you’d knew why I’m taking this, you wouldn’t be addressing to me like that;” and she yelled, “I know! You should have told us!”

My jaw was starting to hurt… so I grabbed my prescription from the guy’s hands, went to my car, got inside… and came up with an entire new dictionary of curse words only, in Spanish; sorry I can’t share it.

I drove for a while, found a little pharmacy opened, and the nice pharmacist behind the counter – Alicia – became my pharmacist since then; we talked so much that afternoon – about how ADHD seems to “not” be a thing in this country and how I had been treated – that she gave me her personal number and said, “Next time call me, and I’ll have them ready for you; if you ever need anything, call me.”

She gave me her business card (‘cos I don’t carry a phone with me) and, of course, I lost the card.

A few weeks later, I had to buy two boxes, and my doctor said, “Call the pharmacist first, and ask her if she would sell you two; they can only sell these kind of meds for the equivalent of twenty days of treatment; I’ll write everything they need on the prescription, but still, some may not want to sell you two.”

Without Alicia’s number, I went straight to her pharmacy, but there was a young lady instead; I said, “My doctor asked me to ask Alicia if she… (fill in the blank)” The girl began to recite a handbook, without looking at me and while pasting stickers on products.

I took a deep breath and said, “I know; my doctor just need to be sure that you will sell two to me;” she started reciting her handbook again, and I started to feel…, a little bit restless, so I said, politely, “Could you please answer ‘yes’ or ‘no’?” And she yelled, “You don’t want to listen!”

But I kept it cool! And I repeated my line, “If you’d knew why I’m taking this, you wouldn’t be addressing to me like that;” she replied, “I do!” I turned my back on her without saying another word and I left slamming the door behind me; I knew there was a dictionary in my car waiting to give me some comfort.

And that’s how we get to “Yesterday.” I ran out of ink for my printer, which is a big deal to me; I cannot review from the screen a draft that’s over three pages: I need to print the sheets, cut the paragraphs with a scissor and make a collage to get a decent essay. (We’re thanking ADHD for my crafty aptitudes these days 😐)

Since I really, really need to share what I’ve written, no ADHD got in the middle and off I went to purchase a cartridge! But, turns out that here, in the ass of the world, NOBODY imports it, and in case you’re wondering, nobody ships it either. I absolutely lost it with the salesman, and that was just the beginning….

I came home and, with all my rage, I texted the Wicked Witch of Santa Fe (who used to appear to me under the form of a mother), “I’m dying in this fucking country; I shouldn’t have stayed a whole year; when I get the DNA results, I’m gonna prove you stole me from my mother and send you to jail!” She replied, “Go find out whatever you want.”

I thought about texting that back, but I’ve come to learn it’s worthless; the two humans who raised me – people usually call theirs, “mom and dad” – don’t understand – nor want to learn – about ADHD or depression.

I’ve also come to comprehend – a couple of years ago- that what triggers my meltdowns is their existence near to mine. I need to erase them from my life, but – for many reasons – I can’t do it now.

Since I started taking the Ritalin, I’m trying to stay in touch with them as less as possible, focusing on how good I’m doing with my blogs, how I’m healing; that’s how I try to prevent my meltdowns. But still I feel a huge weight … and the salesman payed the price not only because of it, but also because, lately, I’ve been feeling … afraid: “D” is coming.

I think about depression as if it were a virus; you know when you feel kind of under the weather and say, “I think I’m might be getting a cold;” that’s exactly how I feel it coming. Sometimes I can tell right away if it’s going to be a three day flew or if it’s going to hit me like the coronavirus; and sometimes – like now – I have no idea; but I do know it’s coming, and I’m afraid of what it might do to me this time.

The good thing is, that I know where it’s coming from: I’m entering a mourning process; a yearly mourning process that usually begins by the middle of May but this year was ahead.

It started when I died.

So, what triggers your ADHD meltdowns and how do you manage them😁? 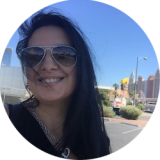